Four years ago, I was the most anxious I have ever been as I boarded a flight to Croatia. For about five months prior to my departure I was planning the production of “Wonders of Croatia,” my first TV series that I would own and distribute worldwide as Ashley Colburn Productions. I had planned 7, one hour episodes highlighting the various regions of the country and the series would air on the National TV station, HRT in Croatia upon completion, followed by other networks worldwide. I am happy to say that all 7 episodes were filmed in 3 months, but it was a very busy 3 months. Trying to organize the production on the other side of the globe could only take you so far, so I knew I needed to get over to Croatia and start the filming before the weather changed. When I wasn’t busy producing and hosting, I was doing media interviews throughout the country. The series was a huge hit and I am thankful for Croatia’s loyal following through the years.

Taking a risk was my best decision 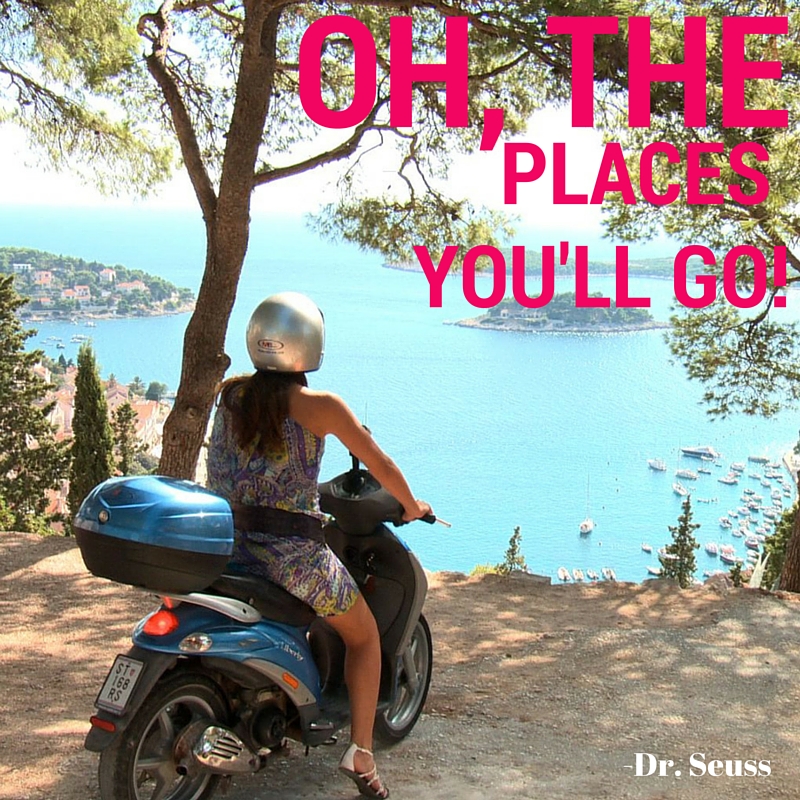 For those of you who do not know, prior to starting my own company I worked for Wealth TV for 2.5 years, producing and hosting international travel shows. I had my own series called “Takeoff with Ashley Colburn” (it still airs) and we filmed 2 seasons, in 24 countries! Some would say I had the best job in the world and I wouldn’t argue, but now I still get to do the same thing, but I work for myself. 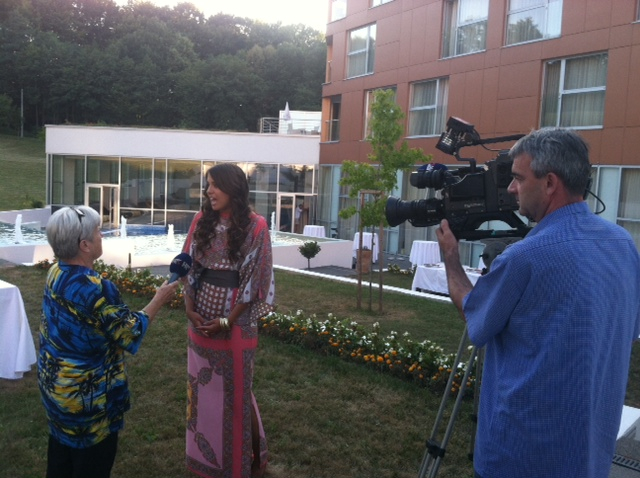 The following summer in 2012 I had one of the best days of my life. Sveti Martin na Muri decided to host the premiere of “Wonders of Croatia” and had a spectacular outdoor viewing party with local wine producers, food, music and an after party. I still get chills when I think of this magical night. All the people who I loved so much in Croatia and helped with the project were all in attendance and they got to spend the night at the hotel as well. Even the Medvescak Hockey team was there because they were in one of my episodes. Guests viewed the highlights of the series and a representative from National TV, HRT spoke about how excited they were to have it on their channel. I will never forget this moment.

After the success of “Wonders of Croatia” I continued producing in-depth series through Slovenia, Latvia and Switzerland. I am proud to say that after a lot of hard work, the shows are now distributed into more than 150 million homes throughout the globe. Having a production company and working for myself has been the best decision. Not only am I able to live out my dreams, see the world and be fulfilled each and every day, but I have so much opportunity to still explore. It has been an honor producing other travel promotional videos through the years as well as producing and hosting “Paradise Found” with GOGO Vacations. Although I was anxious to get on that flight on August 26, 2011- it was the best business decision I have ever made!

Today I received this email and it fills my heart with so much joy that I can inspire others and be a resource in the world of traveling and producing.

“Ashley, I owe you a huge thank you! After our conversation we had, launched me and a team into a project of a lifetime. We have returned from India with over 30 interviews and a TON of footage on top of that. This is only the beginning for this documentary project, but I want to thank you for pointing us in the right direction.”

Oh, the places you will go….Dr. Seuss was a wise man!

Here’s some clips of “WONDERS OF CROATIA”