It’s where the rolling hills meet fairytale towns. It’s where the wine flows right up to the sea. It’s one place in the world, I can return to time and time again and get lost in the mystic vineyards, sparkling sea and medieval towns.

I’m a fan of the entire country of Croatia, but in Istria there is special feeling that fills my heart. I grew up in the countryside of San Diego raising lambs and pigs for the county fair, my uncles are farmers and my father is a veterinarian so this farming region full of rich soil, vineyards and some of the best food I’ve tasted feels like a home away from home.

One of the best things about Istria, is it never really feels crowded, even during the high season. Since a car is recommend to really “feel” this region, the freedom to drive and get lost, take photos in the small villages and explore the wine roads brings a real satisfaction.

My friend, Perrie Hartz, editor of Fodor’s Croatia Guidebook joined me on the #ShareIstria campaign in Istria. We made this video highlighting some of the regions most beautiful towns. Here’s some more information about all the places you see featured. 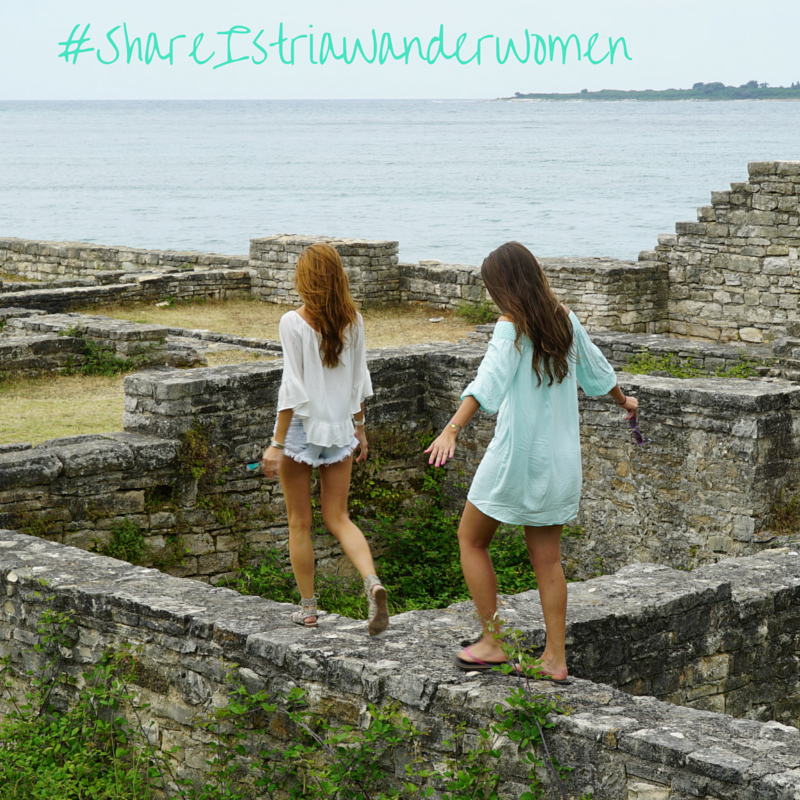 Many people think Dalmatia is where you need to go to find the islands. However, one of the most historical set of islands lie off the Istrian Peninsula and are called the Brijuni Islands. Also home to former Yugoslavian President Tito’s villa and zoo, the best way to explore the main island (Brijuni) is on a private gold cart tour. The zoo is full of animals that were gifts to Tito from other world leaders, including an elephant, zebras, ostriches and more! There aren’t many places in the world where you can walk on top of Roman ruins and have them all to yourself. The islands are also full of private bays, so avoid the crowd and have you perfect swim in the crystal clear Adriatic. Istria IS a sun and sea destination whether Dalmatia wants to admit this or not!

How to get here:

In Istria if you want to travel around freely, renting a car is really the best option. To access the ferry to Brijuni, you must drive to Fažana and the ferry takes you to the big island, Brijuni. From there you can join the tour on the train…you will see the train upon arrival for a group tour or you can schedule a private golf cart tour beforehand. 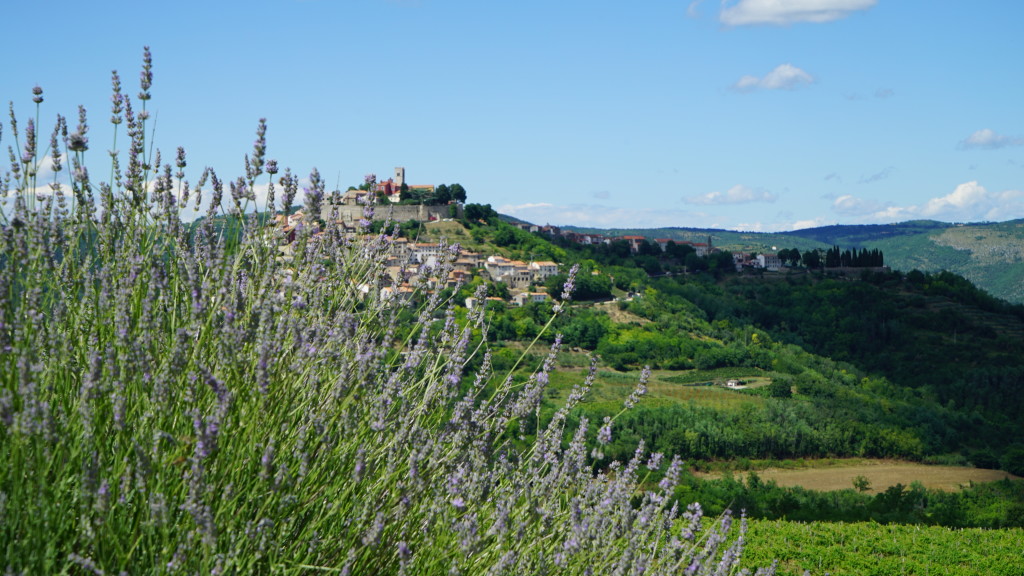 The region of Istria is well worth a week…or two if you want to be totally relaxed on your vacation. Inland Istria is the richest part of the region, from the soil to the delicacies that can be found deep within. Some of the regions most prestigious wine makers have not only the best soil to work with, but the techniques that make their varietals of Malvazija and Teran some of the best wines I’ve ever had. Pairing these wines with other products of the region such as local cheese, olive oil, prosciutto and truffles is an experience in itself.

Recommendations during your stay in Inland Dalmatia 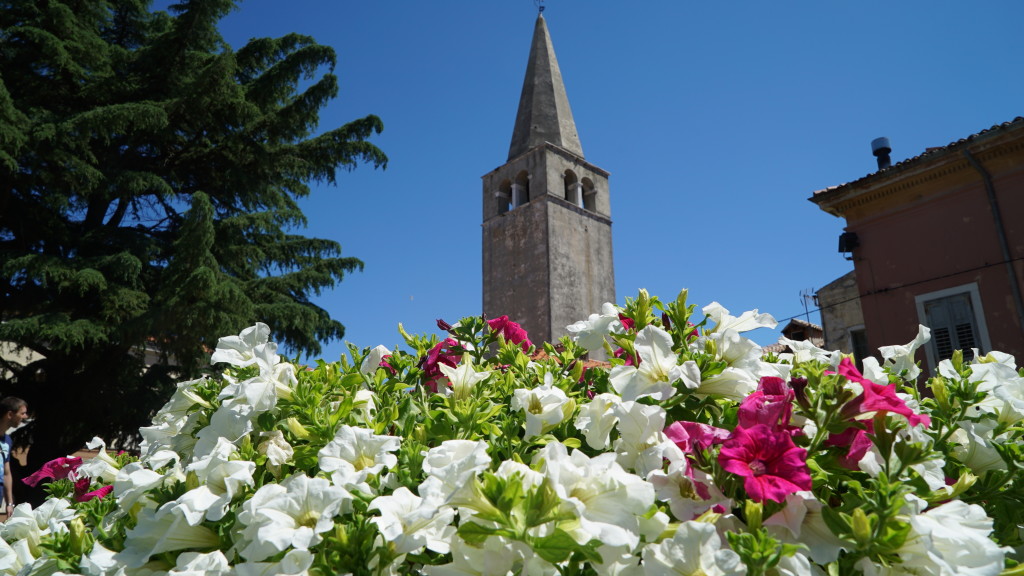 The seaside town of Poreč is full of cobblestone streets that date back to Roman times as well as the most prized church in all of Croatia. The Euphrasian Basilica has stood through wars, fires and earthquakes making its wrinkles timeless and priceless which is why this church has been declared a UNESCO World Heritage Site. Dating back as early as the 4th century, you can see the different layers built upon the site. The fish is the symbol of the city and the original mosaic is still intact. Poreč is a great town to buy souvenirs, try some local fish dishes and enjoy the views of the Adriatic and authentic fishing boats. 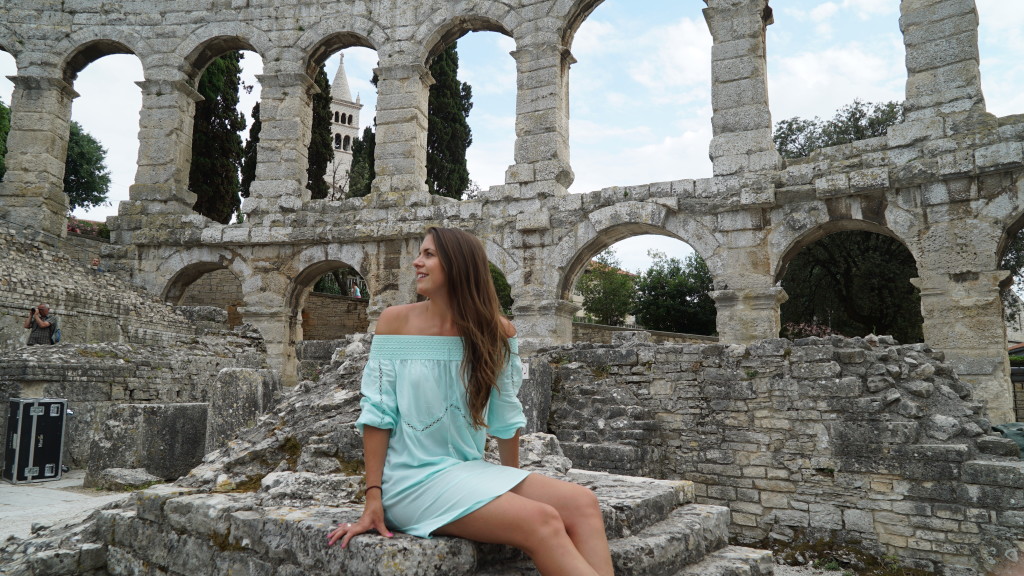 Prized for its amphitheater, Pula Arena is one of the best-preserved amphitheaters in the world constructed between 27 BC-68 AD. Of course the arena was used for Gladiator fights, but it also holds several events today. Pula Film Festival festival, hockey matches and Croatian stars, 2Cellos have all filled the prized monument creating unforgettable sounds and memories. The city of Pula is the largest in the region, so while it is an industrial shipping port, you will find transportation connections for the rest of the country, great restaurants, shopping and plenty of other original Roman ruins.

Recommendations during your stay in Pula 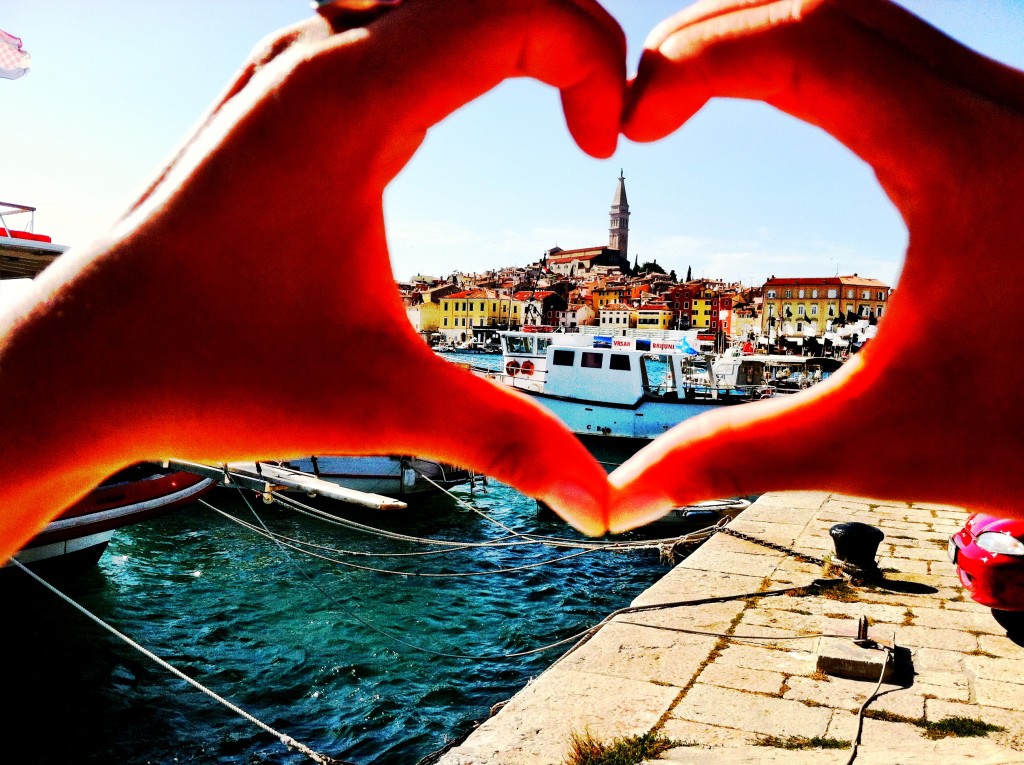 While this city is not included in the video above, I cannot go without mentioning Rovinj as this is my favorite place in the world. Once an island, this seaside-fishing village is out of a storybook. Full of ateliers and colorful buildings that enter the waters edge, its romantic and charming. I’ve explored the city during the bustling summertime as well as the winter time when the streets were empty. At the top of the old town you will find Saint Euphemia Cathedral, a baroque style church built in 1736. If you want to see the best view of the city, take a boat ride around the archipelago to see Rovinj from the sea.